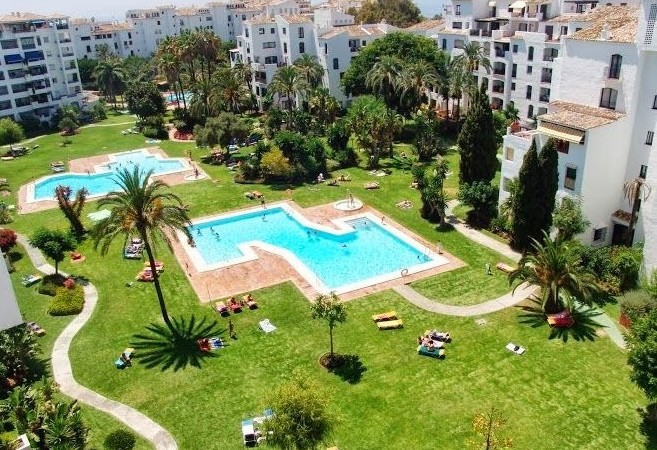 For a long time the only investors seen in Marbella and the Costa del Sol as a whole were those that bought entire blocks or even developments at a fraction of the original price. Sometimes not quite completed, such ‘distressed’ properties were bought for ‘cents on the buck’, to use an old phrase dating back to the Great Depression, and as such formed a cheap buy with a view to making a good profit in the mid- to longer range.

The more discounted a property is, the longer it will usually take for it to return to its original price levels, so the individuals and funds that invested in real estate of this kind must have the means to sit it out and wait before realising good returns. In this they are aided by the ability to finish or touch up the properties and the complex in general, add some modern and aesthetic touches, and get the community operating as it was originally intended. 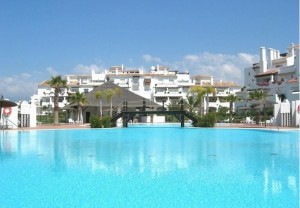 In the short run such costs are covered and cash flow is provided by rental income and property management, a process through which sales are then gradually reintroduced once the market has recovered sufficiently. To be fair, there were never more than a few transactions of this kind in Marbella, as most were to be found in areas such as Manilva – where a few remain. In Marbella, the main form of investment during the crisis years was in the construction of ultra-luxurious villas in such millionaire locations as La Zagaleta.

Though relatively few in number, such properties were big in scale and sophistication, not to mention budget, though gradually this form of construction was joined by the renovation, modernisation and reconstruction of older properties in top locations. Aided by the trend towards modern styles and amenities – and the unwavering demand for the best settings – this too has become a notable industry and source of investment in Marbella.

A return to normality
If 2012 marked the beginnings of an upward curve in the area’s property market, 2013 unambiguously reflected a strong rise in demand and concomitant property transactions. Building on a tourism boom this trend has continued into 2014, and is expected to do so for the foreseeable future, leading us back into a period of growth and what could be considered ‘normal’ or medium levels of business activity.

With this, the construction of the first few new developments started* since 2009, is ending a five-year discontinuity in the provision of contemporary properties in this area. Today’s buyers are drawn by the Marbella lifestyle and the attractive prices of properties here, but they also mostly want modern homes with trendy styles and up to date amenities. Not surprisingly, the new developments are selling fast (off-plan, within 3-12 months) and at higher prices than other homes.

This renewed sense of activity has led people to look ahead, and suddenly land has become a very valuable commodity again. Those who land banked before are sitting pretty – whether they develop the land themselves or sell it on – while a new influx of investors is keen to join them as quickly as possible. Already, construction activity is picking up, and while Marbella is an increasingly mature and established market with little land left to construct on it is a sign of the recovery of this market. 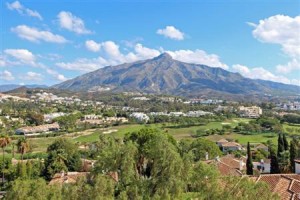 No-one expects the crazy boom of a decade ago and construction will never reach those fevered levels, but between redevelopment of existing real estate, land infill – a practice very common in urban centres – and new development there is enough scope for a much more measured and sustainable growth cycle for the coming years. For now the main pull factor is price, but gradually the emphasis, driven by both supply and demand, will increasingly be on quality – quality of product, environment, amenities and service.

And with a God-given climate, setting and lifestyle to build on, Marbella’s future looks pretty good and the region offers attractive perspectives for a wide range of investors both private and institutional.

Next ArticleWhere do the ‘ladies who lunch’ lunch?