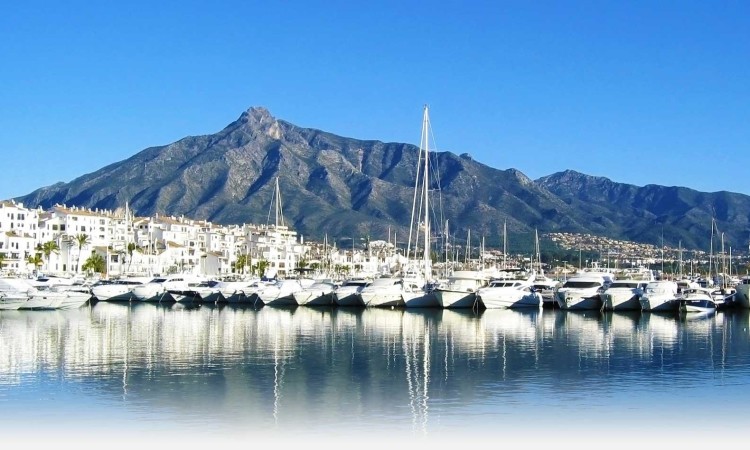 After a few years during which it joined much of the rest of the world in the doldrums, Marbella is now well and truly on the way back. Back in vogue, this stylish Mediterranean resort town is basking in international attention once again, with celebrities such as George Clooney and Brad Pitt/Angelina Jolie among those looking for property here.

Marbella’s appeal seems undiminished over time, and can be attributed quite simply to a unique combination of natural setting, cosmopolitan glamour and the finest climate in Europe. The latter, of course, endows Marbella with its most cherished characteristic of all – an outdoor lifestyle just made for sport, socialising and enjoying the simple things in life.

Bringing a Californian lifestyle to within three hours of Europe’s main capitals is what really makes Marbella stand out, and provides the basis for its enduring appeal among socialites, tourists and long-term residents. It is also one of the main reasons for the current upswing in enquiries and property purchases, which have risen to their highest point since the end of the property boom in 2008.

With such intrinsic demand for what Marbella has to offer – both in real estate and lifestyle terms – and confidence slowly returning to the market, 2012 was the year in which people stopped merely tracking the market and its price movements, and began to buy in large numbers again. Why? Because they saw prices were beginning to level out and the market had reached its lowest point.

It remained a buyer’s market, but those who had been following trends saw that the gap between vendors’ asking prices and final sales prices was narrowing. As a result, silly offers were becoming increasingly rare and both homeowners and buyers were moving towards a more realistic position. The result was a scenario in which buyer and vendor met each other more often and property transactions grew.

At the heart of this process was price, which had reached a level at which it appealed to buyers and investors alike, though equally important was the perception that prices would no longer drop significantly and indeed begin the slow upward movement associated with a new growth cycle. As we’re still in this process the next year or so will continue to be a highly interesting phase during which prices remain at their lowest level yet the writing of market recovery is already firmly on the wall.

After that Marbella real estate will begin a new growth phase, accompanied by the gradual growth in prices and a further relaxing of financing. However, the process is expected to slow down once interest rates increase, causing a temporary stabilising of prices before they resume their rise. This is the point at which the general perception of recovery is at its strongest and most people feel confident enough to ‘jump on the bandwagon’, though the period between now and then actually represents the ideal moment to invest.

We have been here and seen it all before, experiencing several up and downturns in a career in Marbella real estate that spans over 30 years. Throughout this Marbella Direct has been a constant and we have built up a good name for both integrity in business and know-how driven results. Marbella remains a beautiful place and its natural setting and lifestyle will only become more appreciated with time, so as its property market matures its appeal remains as strong and its geographical client base more varied than ever.

Next ArticleWhere are the hot areas to buy in Marbella?