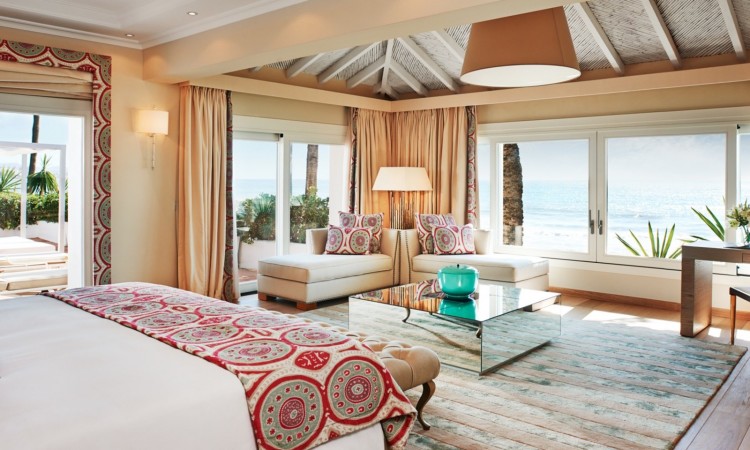 The Marbella Club Hotel needs no introduction. Those who have been won’t forget it, and those who haven’t will no doubt have heard of it, as its illustrious reputation certainly precedes it!

Purchased as a family home in 1947 by Prince Alfonso von Hohenlohe, the Marbella Club has accumulated a rich and exciting history over the past fifty years, welcoming some of the most renowned and famous celebrities, royals, politicians and movers and shakers through its doors. 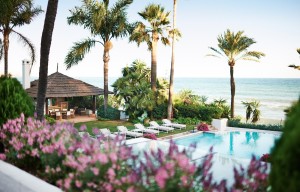 Since its humble beginnings in the early 1950s as a small but exclusive hotel with only 20 rooms, the Marbella Club has grown as rapidly in stature as it has grown in size. When Marbella became a European summer playground to rival the Cote d’Azur in the swinging 60s, the Marbella Club was the only place to stay. In this age of hippy, bohemian decadence, the hotel played host to some of the greatest parties and events in Europe, and became a melting pot of nationalities, backgrounds and personalities as actors, princes and playboys partied together at this luxurious Mediterranean hideout.

From European Aristocracy like the Fürstenbergs, Bismarcks, Metternichs and Archdukes of Austria, Scandinavian royalty and exiled kings to famous Hollywood stars such as James Stewart, Merle Oberon, Ava Gardner, Kim Novak and Audrey Hepburn, as well as figureheads like the Duke of Windsor, Edward Kennedy and the Conde de Barcelona, the Marbella Club has been the location for some of the most remarkable meetings and memorable stays in Europe.

With the inauguration of the luxury pleasure marina Puerto Banús in 1970, Marbella soon became a leading international resort and in the 1980s the hotel was admitted to the Association of Leading Hotels of the World.

Now, as Marbella continues to retain its position as one of the world’s most desirable holiday destinations, the Marbella Club is still the most elite resort hotel in town. Situated on the beautiful Paseo Marítimo, overlooking the sparkling Mediterranean Sea, it is nestled in an abundance of tropical gardens, boasting orange, lemon, avocado, fig and banana trees, with stunning swimming pools and cascading water features.

The hotel spreads out from the beach to the golden mile, with private villas and suites dotted around the grounds and a superb gym and wellness facility that is also home to a decadent Thalasso Spa centre. Its many restaurants include the world-famous Grill, as well as the trendy MC Café and MC beach, the Golf Club House, the Summer Bar, Del Mar Beach Club – and most importantly, its beautiful Champagne Room, the definitive place to meet in Marbella! 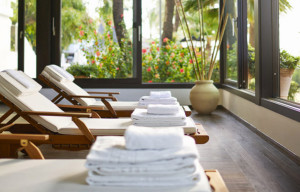 Despite changing fashions, fads and fluctuations in the economy, the Marbella Club remains THE place to stay, drink and dine in Marbella, and no doubt it will be for the foreseeable future. Elegance, luxury, decadence and international exoticism; it is the true epitome of Marbella magic.