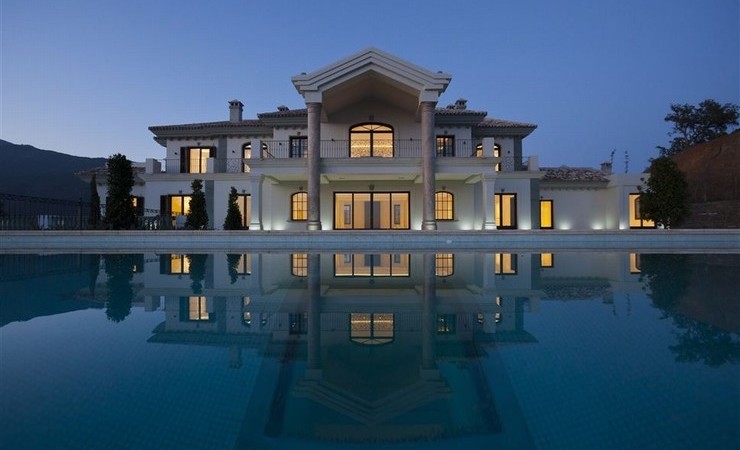 Where are the hot areas to buy in Marbella?

Marbella is once more a market in movement. Though still regarded as a buyer’s market, in the sense that prices remain highly attractive and there are many interesting opportunities available, the movement is definitely upwards. Last year saw a continuation of the trend of increasing enquiries and sales, and coupled with a resurgent tourist sector this signals the fact that Marbella is very much back in vogue.

The increasing demand for properties in this area – particularly modern homes in prime locations – also means that while prices remain appealing they have stopped falling. Industry experts predict that if the trend continues at the current rate the core Marbella area might begin to see consistent price increases by the latter part of 2015, though while it is fair to say that this applies to most parts of Marbella and Benahavís there are naturally some areas that are seen as ‘hotspots’.

These are the areas that are expected to show the most growth potential in the coming years, making them the prime focus of interest for investment-driven buyers.

Up and coming areas
As specialists in luxury real estate, Marbella Direct focuses primarily on the most exclusive residential zones. Here a prime location that is hard to replace commands the highest prices and often also some of the highest growth rates in value when demand picks up. This applies especially to beachside locations along the Golden Mile and Los Monteros, where sumptuous villas fronting a secluded stretch of beach put them right at the top of the pile.

In recent years the security, exclusivity and privacy of La Zagaleta has also made it one of the stars of the Marbella real estate scene, but this is a highly specific market in the top price bracket, so while it always maintains its allure and value this is not one of the areas currently thought to offer the greatest capital appreciation. For that one might look to the somewhat more accessible Sierra Blanca, which although also a luxurious gated residential zone characterised by large villas is closer to Marbella and offers a broader range of properties and budgets.

It’s another top address whose privacy coupled with easy access to everything makes it highly desirable, but limited room for expansion means Sierra Blanca is a maturing zone where prices will rise strongly due to limited growth of supply. The area just on the other side of Puerto Banús is another attractive proposition, though for different reasons. Situated just west of the famous marina port it does feature villas but is mostly made up of elegant beachside apartment complexes many of which come with private spas. For the many buyers looking for luxury right by the beach and close to the excitement of Puerto Banús and Marbella this is a highly desirable area with strong growth potential.

Though it may not fall in the upper segment that we are best known for, the seaside area of the little town of San Pedro Alcántara is predicted to be one of the hottest tickets of all. Partly developed and possessing an excellent infrastructure complete with parks and cycle tracks, this area known as Nueva Alcántara is, in effect, the westward continuation of the coastal zone bordering Puerto Banús. It isn’t quite as exclusive, but covers the middle higher section very well from a very central location that has Marbella, Puerto Banús and of course San Pedro at its fingertips.

The tunnel bypass means traffic flows by hardly noticed, while the beach area and its seaside promenade that continues all the way to Marbella is dotted with restaurants, cafés and intimate little beach clubs. Already popular, this area will no doubt develop and modernise further as the areas between the existing apartment and villas urbanisations are consolidated. We also expect Nueva Alcántara to move upmarket, with some very luxurious modern apartment complexes – particularly near the sea.

Add a brand new park and entertainment area at the point where Nueva Alcántara and San Pedro meet, and what was a formerly uninspiring zone will become one of the region’s new drawing cards. Already business in the area is blossoming, with trendy new cafés, restaurants and shops being established, and prices in Nueva Alcántara are rising. A recent new Taylor Wimpey apartment complex near the park, one of the first commissioned since the financial crisis hit, sold out in a question of months, showing just how hot this spot is.

Another attractive feature for homebuyers and investors alike is the fact that prices here are still very accessible, starting from below €200,000 but rapidly heading upwards as newer and more upmarket properties are added. It’s an area that is in the process of consolidation, and will offer lots of new properties and strong appreciation in the coming years, so keep an eye on this area if you’re an investor.

But also…
This is not to say, however, that classic areas such as Guadalmina and Nueva Andalucía are not attractive either. With land for construction and therefore new supply limited, these areas too will see a strong showing in a Marbella market that is maturing and by its very nature is going to be more than ever focused on quality instead of quantity. For those who buy now and make the most of highly attractive prices and interest rates it spells a solid investment with strong growth potential over the next five to eight years.

Next ArticleThe importance of an accurate valuation